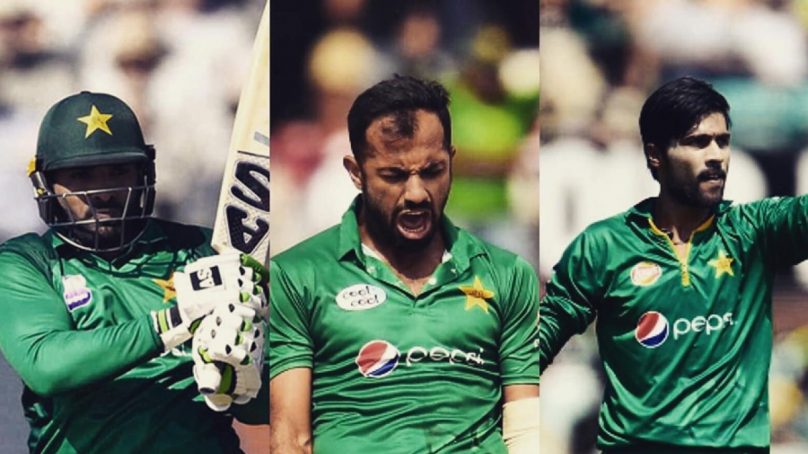 Mohammad Amir, Wahab Riaz and Asif Ali were all deemed fit to play for the World Cup and included in the Pakistan’s World Cup squad yesterday (Monday).

Grieving father Asif Ali, whose 18-month-old daughter died of cancer is set to play in the ICC World Cup after her funeral in Lahore, chief selector Inzaman-ul-Haq said at a press conference on Monday. “We are with Asif in this tough time. He will return to Pakistan and then go back before the warm-up matches,” he said.

Junaid Khan and Faheem Ashraf were dropped from the squad in favour of Mohammad Amir and Wahab Riaz. Asif Ali also replaced Abid Ali in the side. Shadab Khan who was unable to play in the series against England due to illness was retained in the squad.

Pakistan selectors were forced to recall another left-arm paceman, Riaz, after their bowling conceded more than 350 in 350 in all four matches against England.

Haq said Riaz was given the chance due to his experience.

Fast bowler Mohammad Amir included for the England series had been initially dropped from the World Cup squad. While he did not play in the ODI series against England, Amir has performed well in England in the past.