Multan vs Zalmi: A finale no one wants to miss - Rava.pk
Recent View all
Entertainment
Read more 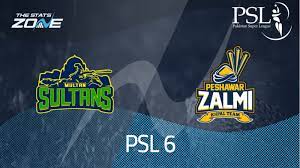 Multan vs Zalmi: A finale no one wants to miss

Multan Sultan will be fighting against Peshawar Zalmi today in a decider. Sultans have never been into the PSL final before however, Zalmi has been there four times and won a final in 2017. This time, Multan has won five out of eight fixtures against Peshawar.

For the first-timer, Multan Sultan, the audience has been eagerly waiting. The match is scheduled in Sheikh Zayed Cricket Stadium, Abu Dhabi on Thursday at 9 pm. The two teams have shown their tremendous performance to reach the decider. Zalmi is relying on Zazai to do his magic and win the trophy for the teams. However, Sultan’s skipper Muhammad Rizwan will be giving a tough competition to the opponent.