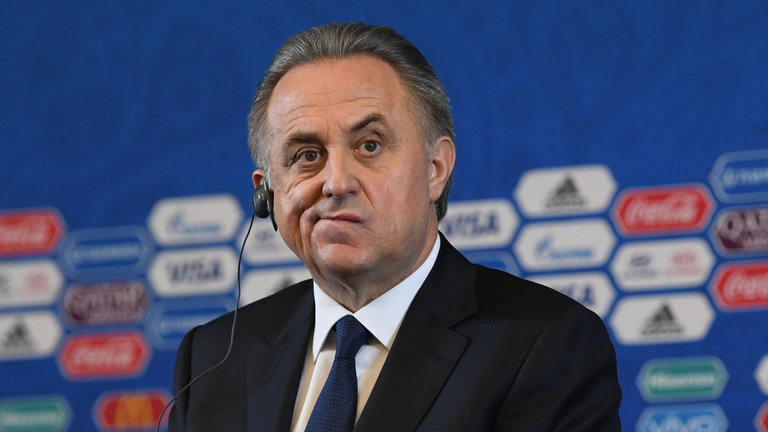 MOSCOW: Russia Deputy Prime Minister Vitaly Mutko, who has been dogged by allegations of involvement in doping and was banned for life from the Olympics this month, said on Monday he would temporarily step down as president of the Russian Football Union while he contests the ban in the Court of Arbitration for Sport.

It’s a move apparently intended to deflect international criticism as Russia prepares to host the 2018 World Cup and Mutko is to appeal to the CAS on Tuesday against the decision by the International Olympic Committee (IOC) to ban him from the Games over allegations of state-sponsored doping.

“I have decided to file the claim in the CAS tomorrow,” he told journalists after a meeting of the RFU executive committee. “So that our organisations are not disturbed during the legal investigation… I have asked to suspend my duties for up to six months.”

He said that he will continue his duties in the government as well as preparing the World Cup until Russian leadership decides otherwise.

“Regarding the issues of relationship with FIFA and the organising committee, as long as the president [Vladimir Putin] trusts me, I continue to work as deputy premier and oversee the preparations for the world championships,” he said.

He said he would “suggest” stepping down as chairman of the World Cup organising committee he heads, but “it would be decided by the head of state, the head of government and the supervisory board”.

Mutko, 58, said RFU’s director Alexander Alayev will become acting president for the duration of his own suspension.

Alayev told journalists that his goal would be to “keep stability” and “avoid any scandal” during the six months.

Mutko said he decided to contest his ban in court because failure to do so would make him seem guilty. However, he denied that he is resigning.

“I’m not resigning, my mandate is still active.”

Mutko had been banned from the Rio 2016 Games. The IOC said this month it was banning Russia from the 2018 Pyeongchang Winter Olympics after finding evidence of “unprecedented systematic manipulation” of doping procedures.

Despite the ban, Mutko has retained his role as head of the Russia 2018 World Cup organising committee and would retain the job of deputy prime minister overseeing sports.

Investigations by the World Anti-Doping Agency and the IOC alleged that Mutko was involved in a sophisticated state-sponsored doping programme during the 2014 Winter Olympics in Sochi. Mutko, who served as Russia’s sports minister during the Games, has strongly denied all doping allegations.

The IOC didn’t accuse Mutko of being personally involved in doping, but banned him from the Olympics for life, saying he and his ministry bore overall responsibility for “failure to respect” anti-doping rules.

Dmitry Svishchev, a member of the committee for sports and tourism at the lower house of Russian parliament, told the state RIA Novosti news agency that Mutko was stepping down in order to defuse criticism of Russia before the run-up to the World Cup.

At a joint news conference with FIFA president Gianni Infantino ahead of the World Cup draw in Moscow on December 1, Mutko reaffirmed his denial of the doping accusations.

“There is no proof” Russian ran a state-backed doping scheme, he said. “Nowadays everyone is trying to make some kind of axis of evil out of us, just because we’re a great sporting power.”

Mutko maintained Russian athletes at the 2014 Sochi Olympic Games were clean and that Russia “did a colossal job” to meet requirements by the world anti-doping body to clear its name.

Mutko sat on FIFA’s ruling council until March, when he was barred from running for re-election because his government position was judged a conflict of interest. Mutko was replaced by his longtime associate and fellow World Cup organiser Alexei Sorokin.

FIFA said Monday that Mutko’s decision will not impact the World Cup.

“FIFA understands Mr Mutko’s decision which was also taken in the best interest of the World Cup next summer,” the global football body said in a statement. “FIFA thanks Mr. Mutko for this responsible step and for the work carried out so far for the World Cup.”

FIFA added that Mutko’s decision “will have no impact on the successful staging of the World Cup next summer, as FIFA, the Russian Government, RFU and the LOC continue their fruitful cooperation on the preparations for the World Cup according to plan.”

“In the coming days, FIFA will discuss with all relevant parties and agree on the next steps related to the LOC.”

Pakistan reserves the right to pull out of Asia Cup next year, Sethi warns BCCI