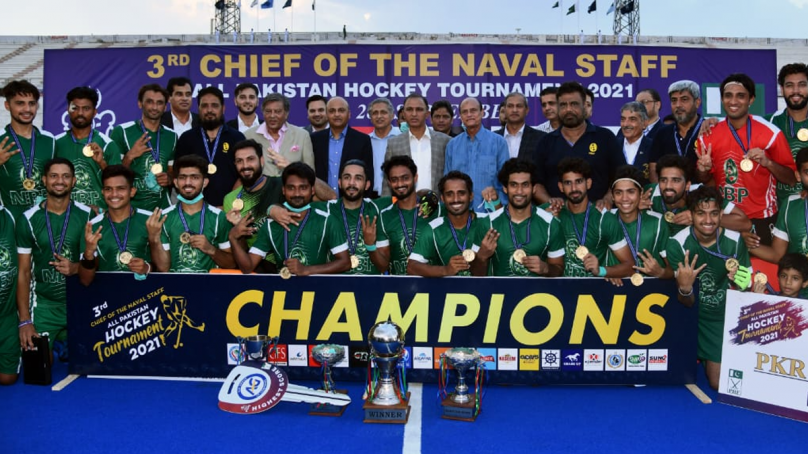 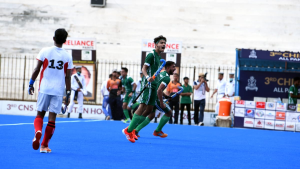 8 x top national teams competed for the title which included WAPDA, MPCL, NBP, PN, PAF, ARMY, Punjab, and PQA. The final match of the championship was played between WAPDA and NBP teams. After a tough competition, NBP won the match, whereas Wapda & Pakistan Navy secured second and third position, respectively.

NBP received a cash prize of Rs 1.7 M for winning the championship. Wapda and Pakistan Navy won Rs 1.3 M and 1 M for securing 2nd and 3rd positions respectively. Mr Dilbar of the NBP team was declared as Man of the tournament. Mr Muhammad Iqbal of the Pakistan Navy team and Mr Dilbar of the NBP teams were declared best Goalkeeper and best scorer of the tournament, respectively. 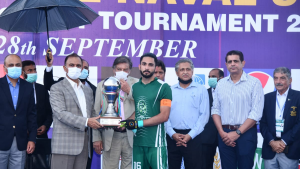 The seven days long championship, held from 21 to 28 September 2021, has become a quintessential tournament at the national circuit since 2016. Around 12 x pool matches followed by 2 x semi-finals and final matches were conducted through professional umpires of the Pakistan Hockey Federation (PHF). With prize money of PKR 4.2M, the event continues to be the highest prize money hockey tournament in the country. More than 128 enthusiastic players of the country participated in this prestigious event. 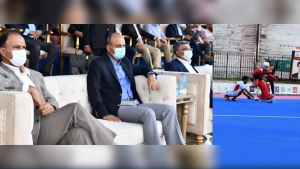 In closing remarks, worthy Chief Guest congratulated the winning teams and applauded efforts put in by the Patron PN Hockey, Commander Karachi, PHF, and sponsors. He hoped that this tournament will certainly contribute to raising public interest in the national game and will help in the revival of hockey. Chief of the Naval Staff appreciated the role played by media in the promotion of sports especially the wide coverage given to 3rd Chief of the Naval Staff All Pakistan Hockey Tournament 2021. Admiral Muhammad Amjad Khan Niazi also urged the public and private departments/ organizations to come forward and help in the revival of the national game.

The ceremony was attended by dignitaries from the Armed forces, civil notables, and ex-Olympians.

NCOC allows the inoculation of children aged 12 and above

Sindh and Balochistan to face heavy rains and urban flooding