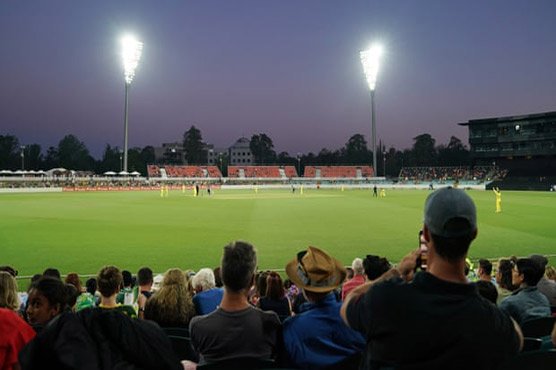 Australia seems to recover from the early pressure built by Pakistan the team lost two early wickets in its chase of 151 runs against Pakistan with six overs already gone.

A perfect length ball did the work for Mohammad Amir and Pakistan as dangerous looking David Warner walked off after scoring 20 runs.

Iftikhar Ahmed showed his class by smashing 62 runs off 34 balls and helped Pakistan post 150-6 in 20 overs against Australia in the second T20I at Canberra on Tuesday.

Iftikhar led Pakistan on top in the last part of the inning after joining the crease at 70-4. He struck five boundaries and three sixes during his eye-catching knock.