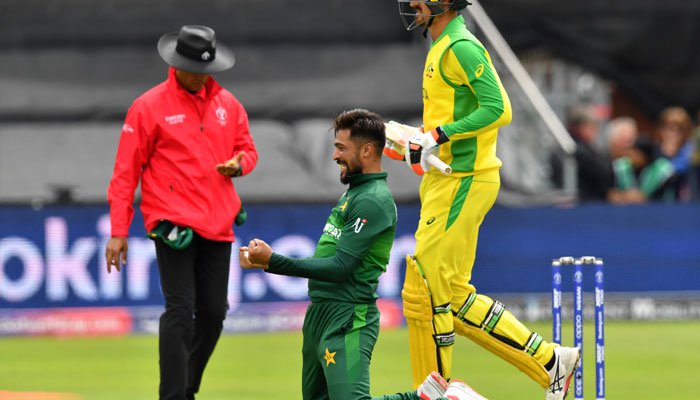 Pakistan’s fast bowler Mohammad Aamir shocked fans and critics with his 5 wicket haul against the Aussies in yesterday’s match.

He has said that he was happy to achieve his career’s maiden five-wicket haul but he would have been happier if his team had won yesterday.

Aamir said Pakistan couldn’t bowl well in first fifteen overs which let Australia to put up a big total against them.

“We didn’t bowl how we were supposed to be bowling in first 15 overs otherwise we would have restricted Australia earlier. I realised that after my first over where I had to ball and I bowled according to that,” he said.

“I am happy that after ten years of my international debut I have taken my first five-fer, but I would’ve been more happy and joyous if Pakistan had won the game today,” he said.

The fast bowler still appears hopeful that his team will bounce back in the tournament.

Pakistan lost to Australia by 41 runs in their ICC World Cup match at Taunton on Wednesday as the whole team collapsed to 266 while chasing a 307 total by the defending champions.

With 10 wickets from three games in the tournament, Mohammad Amir is now leading wicket taker of the tournament, his figures 5-30 is also the best by a bowler in this tournament and Pakistan’s first ever five-fer in a World Cup match against Australia.