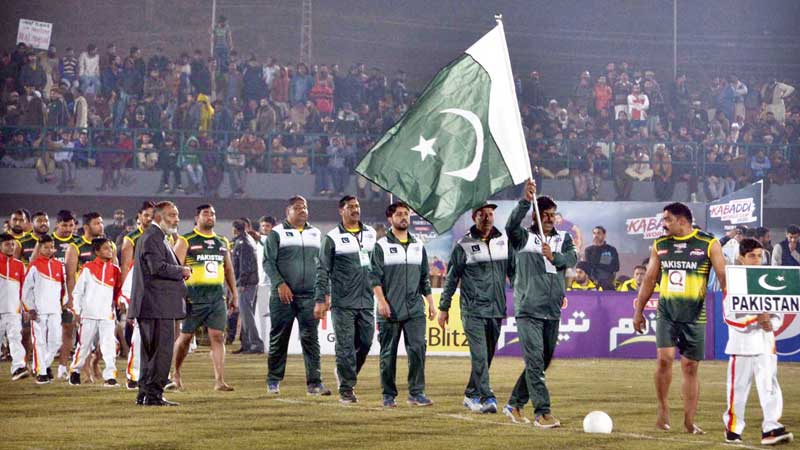 For the first time in history, Pakistan on Sunday became the world champions of Kabaddi after defeating arch-rivals India at the Punjab Stadium.

Pakistan clinched the winner’s trophy as they emerged victorious in the final of the Kabaddi World Cup 2020. It collected Rs10 million in prize money while the runners-up team received Rs7.5 million.

Pakistan gave the crowd an opportunity to cherish as they routed their nemesis at their home ground, sending out the message loud and clear that Pakistan is a safe place to visit, play and celebrate.

“This victory is not just of the players or the team but of the whole country. The victory achieved after defeating India is a different ballgame altogether,” said Captain Irfan Mana.