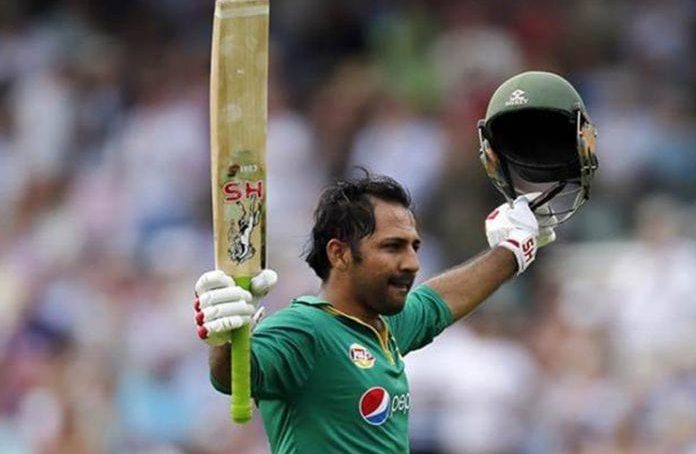 Sarfaraz Ahmed has finally got the green chit as the Pakistan Cricket Board (PCB) on Tuesday named him as the captain of Pakitan for the upcoming World Cup 2019 penciled in from May 30 to July 14.

PCB hold a joint press conference of PCB’s chairman Ehsan Mani and Sarfaraz in which Mr chairman announced Sarfaraz as the skipper of the national team till world cup as the things after that will be decided on the basis of performance. Sarfaraz will lead Pakistan in the series against England and Australia before the all-important event.

“I had no concerns for having Sarfraz as the captain of the team as he has done well for us winning worthy titles for us,” said Mani who believes in Sarfraz as a true leader and hopeful for good results by the team in the WC 19.

Mani said that the things got finalized regarding captaincy after consulting to the cricket committee and selection committee.

“All the people in the PCB are on one page to give Sarfaraz the helm of Pakistan team. Now it’s all over to Sarfaraz and his men to show their courage on the field,” said Mani.

On the other hand, confident Sarfaraz thanked the chairman and entire committee for showing trust in him and giving the charge of the team for the mega event.

“It is an honor for to become the captain of Pakistan in the world cup,” he said.

The skipper is all set to lead the team from the front and develop strong combinations within the team to be at their best in the upcoming extravaganza.

“We need to be strong enough as this event is not going to be easy for us,” said Sarfraz who thinks that there are lots of things need to be changed in the team.

It is pertinent to mention here that the ICC banned Sarfraz for four international matches for passing racist comments to a South African batsman during ODI series.

There were lots of talks in the town after this controversy that the PCB is looking to change the captain. PCB has finally clarified things by naming Sarfaraz as the captain for World Cup.