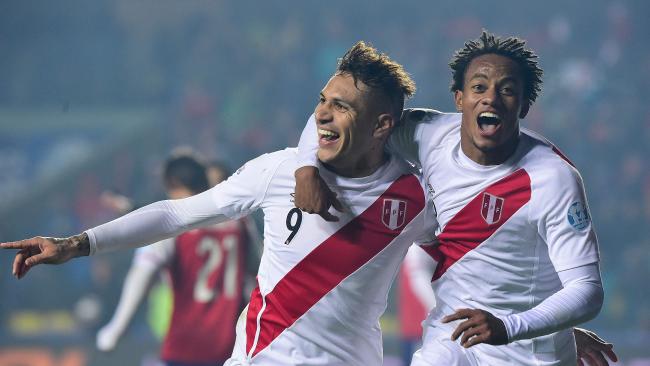 Paolo Guerrero had been suspended by world governing body FIFA on Dec. 8 after testing positive for cocaine metabolite benzoylecgonine.

Peru captain Paolo Guerrero will be able to play at the World Cup after FIFA’s appeal committee cut his ban for failing a doping test from one year to six months on Wednesday. The reprieve for Peru’s all-time leading scorer is a huge boost for the South Americans, who have qualified for the World Cup for the first time in 36 years but are short on big-name players.

Guerrero, 33, who plays for Flamengo in Brazil, had been suspended by world governing body FIFA on Dec. 8 after testing positive for cocaine metabolite benzoylecgonine after Peru’s 0-0 draw away to Argentina in a World Cup qualifier in October. The ban, backdated to start on Nov. 3, will now finish in May, just over one month before the start of the tournament in Russia.

“The FIFA Appeal Committee after taking into account all the circumstances of the case, in particular the degree of fault of the player, considered a six-month period of ineligibility to be a proportionate sanction,” said FIFA. The former Bayern Munich and Hamburg SV forward, who has scored 42 goals for Flamengo since moving to Brazil in 2015, gives the Peru attack a much-needed physical presence and has a galvanising effect on their less experienced players.

“We have reduced his ban to six months and now we are aiming to get him totally absolved,” Guerrero’s lawyer Pedro Fida told local television station Canal N. “Guerrero’s case is not about the consumption of cocaine — that has been completely discarded by FIFA. We will keep trying to prove his innocence.”

Guerrero has scored 32 goals for Peru, including a free kick against Colombia which gave them a 1-1 draw in their final South American group game and kept them in the competition. Guerrero also helped Peru finish third in the 2011 and 2015 Copa Americas, was leading scorer in both tournaments and scored the winning goal when Brazilian club Corinthians beat Chelsea 1-0 in the Club World Cup final in 2012.

Peru, who reached the quarter-finals at the 1970 World Cup and the semi-final group stage in Argentina in 1978, face France, Denmark and Australia in their group.

India vs Sri Lanka: Losing is okay but we have to at least come close, says Upul Tharanga