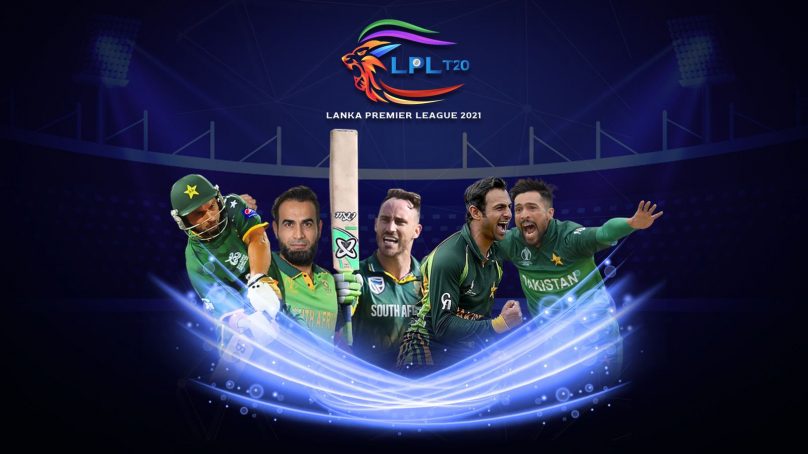 The ‘Player Draft’ of the 2nd Edition of the Lanka Premier League 2021, is scheduled to be held on 09th November 2021. World-renowned players like Shahid Afridi, Irfan Pathan, and Chris Gayle are among players in the draft.

A total of 600 players, consisting of 300 overseas and 300 Sri Lankan players will feature in the upcoming ‘Draft,’ which will be held virtually with the participation of 05 Franchise Owners and the SLC officials. The LPL has garnered attention from a host of cricket stars including West Indies legend Chris Gayle, former India fast bowler Irfan Pathan, former Pakistan captain Shahid Afridi, and former South Africa captain Faf du Plessis, and other Pakistani stars such as Mohammad Hafeez, Mohammad Amir, Sarfaraz Ahmed, Shoaib Malik, Wahab Riaz among various others.

Jawad Ghulam Rasool, Managing Partner & COO, IPG Group, commented “The Lankan Premier League 2021 will be more electrifying than last season. We have cricket stars from across the world competing in this fast-paced tournament and the cricket lovers from Sri Lanka have always shown excitement towards watching the game being played on their home ground. The pandemic had its toll on the sports industry but we are glad to be moving forward and resuming cricket.”

Whilst, there will be ‘Local Emerging’ and ‘Supplementary Local’ rounds focusing on selecting Sri Lanka’s young talent.

A squad will consist of 20 players, with 14 local and 06 overseas players. Five franchises from the cities of Colombo, Dambulla, Galle, Jaffna, and Kandy respectively will battle it out for the trophy in the second edition of the Lanka Premier League. The tournament will be held from 05th December 2021 to 23rd December 2021.

Experienced T20 campaigner MD Gunathilaka from Sri Lanka finished as the highest run-getter in the last season of the LPL with 476 runs, while star T20 bowler from the Island nation Wanindu Hasaranga was the highest wicket-taker with 17 wickets.