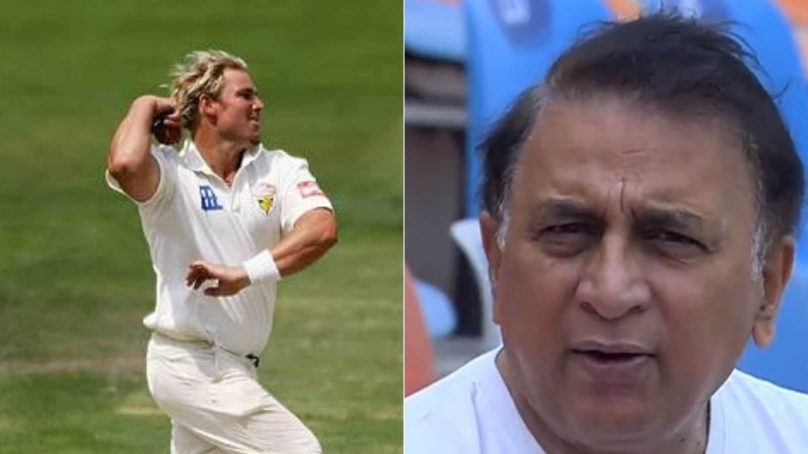 Former India captain and batter Sunil Gavaskar landed himself in serious trouble for calling late Shane Warne’s achievements against India “pretty ordinary”. Gavaskar was badly castigated for indirectly calling Anil Kumble and Muttiah Muralitharan better spinners than the deceased Australian cricketer. The former batting great added fuel to the fire by saying Warne’s leg-spinning record against India was “quite mediocre”. Following his interview, aired on a sports channel, social media users pulled no punches and unleashed a series of tweets against Gavaskar. Many went so far as to call him an embarrassment for Indian cricket and his country.

In his interview, he said, “No, I wouldn’t say that (Warne is the greatest spinner of all time). For me, the Indian spinners and Muttiah Muralitharan were certainly better than Shane Warne. Because look at his record against India. His record is pretty ordinary against India. He got five wickets only once in Nagpur. Because he didn’t have much success against the Indian team, I would rank Muralitharan over him in my book.”

Many Twitter users took a dig at him and said that Gavaskar always has bad things to say after players’ death as he had previously done that after David Hookes’ death.

Do you agree with Gavaskar’s views about Shane Warne?