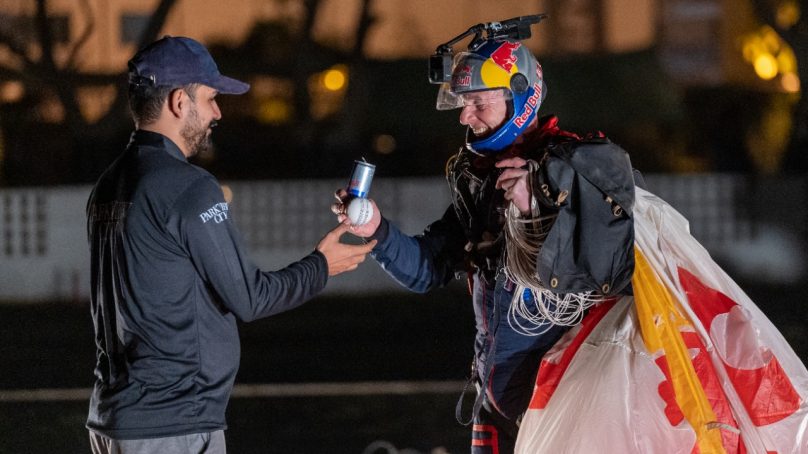 The seventh edition of the Pakistan Super League finally began today with a bang. The Opening Ceremony of the tournament involved an act that could be one of the hottest openings in the history of PSL.

The three-minute act saw Three Austrian skydivers, namely Florian Greger, Paul Steiner, and Stefan Muller taking flight in the military Mi-17 and diving back into the Faisal Base training ground from about 5000 feet in the air. 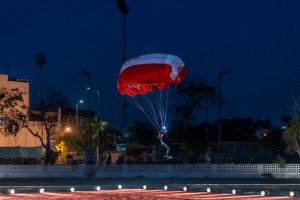 Up in the air, they absorb the beauty of the city of lights, and finally, upon landing, they hand over the ball to the umpire, which would kickstart the first match of the PSL, Karachi Kings Vs Multan Sultans.

Greger, Steiner, and Muller are three aerial sports Red Bull athletes who are part of the HSV Red Bull Salzburg, one of the most successful parachuting clubs in Austria. Greger visited Pakistan a couple of years ago when he biked through most of Europe and Turkey and all the way to Iran; he passed through Pakistan, entering the country via Punjab Pass and exiting through the China border. Gregor is a technical engineer and skydiver with 1500 jumps and Muller has 1400 jumps under his belt whereas Steiner has over 30 years of experience in parachuting and has amassed over 6100 jumps. 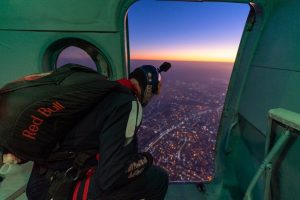 Red Bull is one of the foremost players in the world of aerial sports with over 20 extreme and aerial sports athletes under its patronage practicing in multiple areas such as skydiving, paragliding, wingsuit flying, and speed flying.

After the live telecast of the aerial sports act in the PSL Opening Ceremony, Gregor said, “It was the first time we saw Karachi from above. It’s an amazing view that you can’t get from the ground. There are so many lights and it’s so big. When we were 5000 feet in the air, I then realized why it’s called the ‘City of Lights’.” 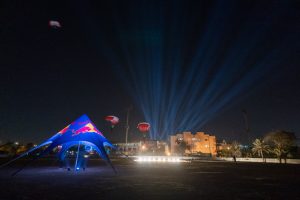 Muller also echoed the sentiment, saying, “The view from the top is amazing. Thousands of millions of lights… it’s beautiful to see that as not many people get a chance to witness something like this.”

Red Bull holds dominion in the global arena of aerial sports and intends to bring it all to Pakistan, familiarizing the audience with this extreme and exciting world. The skydiving act to kickstart PSL 2022 is a glimpse into what Red Bull plans to offer in the country in near future.

Predict and Win with TECNO; PSL 7 begins in full swing