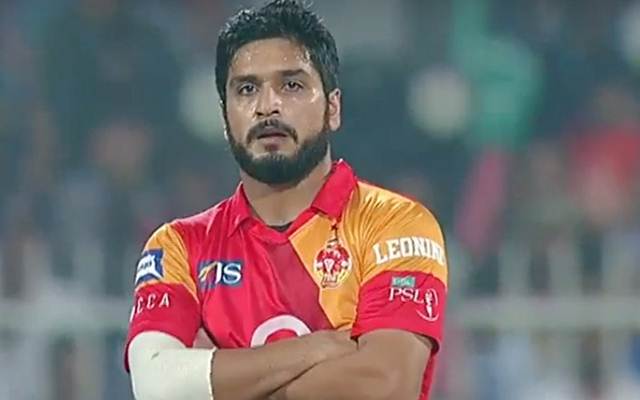 Islamabad United, the most successful franchise in HBL PSL history and the winner of the first and third edition of the tournament, has announced today that Rumman Raees will be the Bowling Consultant for the franchise in PSL 6. Rumman has previously played for Islamabad United in each of the past five PSL seasons.

The Pakistan international who played over thirty matches for Islamabad United, including two as captain in PSL 3, will serve under Johan Botha in this role. Injury had meant that Rumman would miss out on the 2020/21 domestic season as well as PSL 6.

Regarding his appointment Botha said “After conducting interviews with some really high-quality candidates, we have reached a conclusion to bring in Rumman Raees as our bowling consultant for PSL 6. Rumman is part of the Islamabad United family from the start, I have worked with him in PSL 2 and he is one of the most intelligent T20 bowlers that I encountered in my years of playing T20 cricket around the world. At Islamabad United we want to have a progressive approach that caters to modern day T20 cricket and Rumman is perfect for our ideology. He is playing cricket currently, understands the needs of modern-day cricket and can relate to our young bowling line-up. We are very happy to have him in the setup.”

Ali Naqvi, the Owner of Islamabad United said, “Rumman has been part of the ISLU family for five years and we were obviously disappointed at a recurrence of his injury issues. When Johan came to us with this idea we were a little surprised by it. But after mulling it over, and with the insistence from the Head Coach we realized that this is precisely the sort of out-of-the-box thinking that we take pride in as a franchise. He provides the progressive understanding of T20 cricket that we are looking for, and we are confident that he will do his utmost in achieving our shared goals.”

Rumman himself said regarding his appointment, “It’s an honour for me that Johan and Islamabad United selected me for this role. I’d also like to thank Ali Naqvi for this opportunity. ISLU have always backed me over the last five years, through my good times and my bad times, and I want to give back to them as they have given to me. I’ll do my utmost to make sure I can impart whatever knowledge I have with all the boys. When Johan asked me for an interview, I was surprised by it, but having had discussions with him over the past month I think we will be able to make plans for our bowlers to maximize what we have. I will fully back all the guys on the field and make sure that I can share my experience of T20 cricket with them.”

Islamabad United is the most successful team of the Pakistan Super League (PSL); winner of the first and third seasons of the HBL PSL. The franchise believes in bringing change to Pakistani sports with the introduction of international standards of practice and a commitment to continuous progress.

AAN – Leonine Sports is the proud owner of Islamabad United, the FIRST CHAMPIONS and the most successful team in the Pakistan Super League. AAN-Leonine Sports is focused on enabling sports and creating franchises with a mission to provide: 1) A truly global experience on sports entertainment; 2) A fan base which is loyal, aware and supportive of the sport and the franchise; 3) An aspirational beacon for up and coming players to strive for excellence in cricket for Pakistan in particular and for the world at large; 4) An eco-system for the promotion of sports through close partnerships with the respective sports boards; 5) A truly professionally-run organization with exceptional standards of corporate governance and international best practices; 6) Promotion of Pakistan through sports and involvement of internationally known figures into Pakistan; 7) A responsible member on CSR.

The company focuses on the above mission statement by implementing a strategy built around the principle of 4 Es – Excellence, Empowerment, Education and Environment.