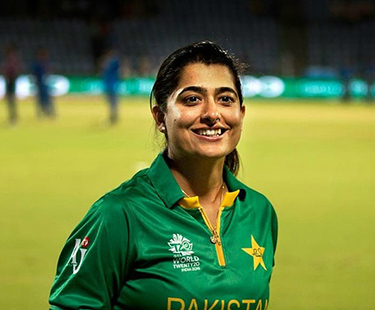 As per sources, Pakistan’s former captain, Sana Mir has become the most successful spinner in the history of women’s ODI cricket with 147 wickets.

Mir is the third highest wicket-taker in women’s ODI cricket behind India’s Jhulan Goswami with 218 and Cathryn Fitzpatrick of Australia who has 180 scalps.

She dismissed South African skipper Sune Luus to reach the milestone. She took one wicket for 53 runs in her spell during the third ODI of the series against South Africa.

Sana debuted back in 2005, and has remained a prominent player of Pakistan’s women cricket team since.

Critics lash out at Shahid Afridi over ‘sexist’ remarks