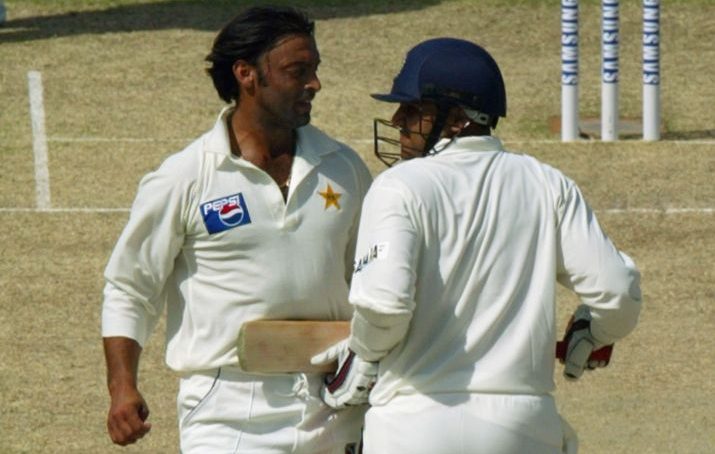 Shoaib Akhtar hits back at Sehwag for controversial comments

In a YouTube video on Wednesday, Pakistan’s former bowler Shoaib Akhtar hit back at India’s legendary opener Virender Sehwag’s comments after an old video of the batsman went viral in which he claimed that the Shoaib applauded India in a bid to make money.

Akhtar claimed that he had a substantial amount of money and did not depend on India alone for his enormous following.

“Sehwag is a casual man who speaks in a very non serious way. He said Shoaib Akhtar needs money which is why he speaks highly of India. India doesn’t feed me, Allah does. I have more money than Sehwag has hairs on his head. Try to take it as a joke,” said Akhtar. “Please try to digest my fame. I have a lot of subscribers on YouTube that are from outside India. 40 percent are from Pakistan, 50 percent from India and others from rest of the world.”

The Rawalpindi Express claimed that he did not concur with the political viewpoint of India, saying he chooses to focus on cricketing matters rather than indulging in controversial subjects.

“I only analyze cricket matches. I am not concerned with India’s political situation and I don’t agree with their policies,” he said.