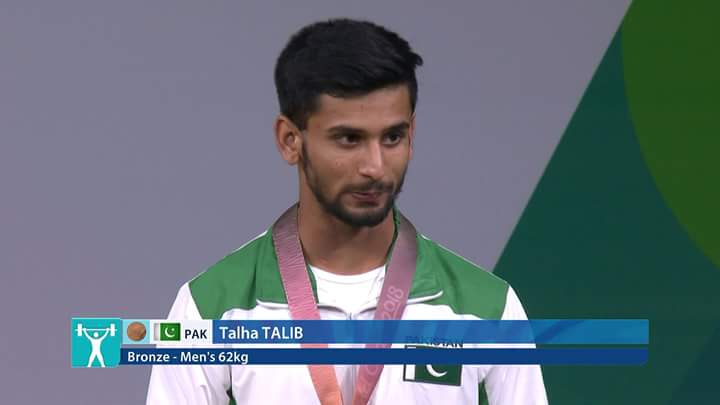 Talha Talib, a Pakistani weightlifter has won a bronze medal in Tashkent’s Asian Championship of 67kg event. The 21-year-old improved his performance and won a national record. His overall ranking for the total weight lifted is 315 kgs. Moreover, his clean jerk lift was 167kgs.

Talib was trying to make it to the qualification of Olympic Games by participating in this event but he could not score the top two positions. Along with Talib, nine athletes had participated and trained during the pandemic. They received a tough competition from China that won gold and silver medal.