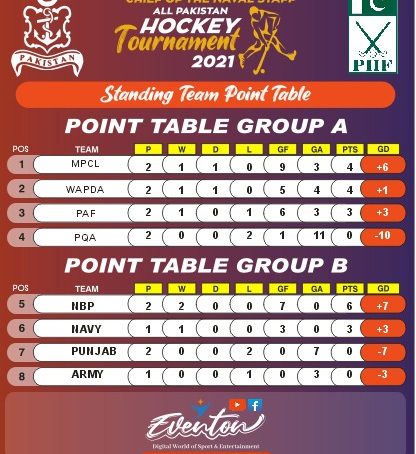 3rd Chief of the Naval Staff all Pakistan Hockey Tournament is being played at Abdul Sattar Edhi Hockey Stadium, Karachi from 21 to 28 Sep 21. On the third day of the tournament three matches were played.

During the last match of the day teams of National Bank of Pakistan and Punjab contested against each other in which NBP defeated Punjab by 4-0. Muhammad Dilber of NBP clinched man of the match award for his excellent performance.