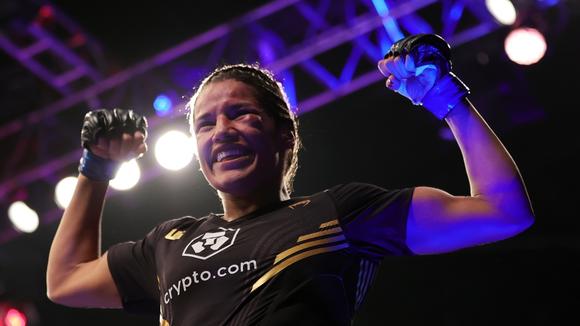 In a shocking upset in MMA history, Julianna Peña overwhelmed reigning champion Amanda Nunes at UFC 269 to clinch the women’s bantamweight title. The win might have been shocking to Peña herself, but she had never stopped believing in her ability and finally proved her mettle by beating Nunes. “Everybody was sleeping on me, and I shook up the world and did exactly what I said I was going to do,” Peña said. “But I’m not surprised. I have a big heart and determination.”

Nunes with her great Plist of achievements was considered the greatest and invincible fighter in the history of women’s mixed martial arts. With 1:38 minutes left, the fierce Pena was determined to win like a champion. She said, “It feels crazy. I definitely expected to win, but the world is my oyster.” Over the past five years, Pena had won two of her four fights and now she had won the title of the legitimate 135-pound fighter which Nunes has not been able to beat.