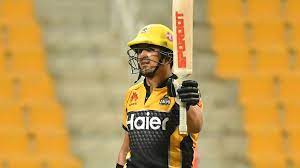 Peshawar Zalmi during its fir Eliminator of HBL PSL 6 at Sheikh Zayed Cricket Stadium, defeated Karachi Kings and knock them out of the series. Zalmi gave a hard defeat to the Kings and won by 5 wickets in 176 run-chase. Hazratullah Zazai proved to be the shining star when he supported Zalmi to score 14 runs in his first over against Mohammad Amir.

Zazai scored six against Arshad Iqbal and Mohammad Ilyas. During powerplay, Zazai hit Imad Wasim for two boundaries. He also scored six in just 23 balls and reached 50. The opponent players found it difficult to stand firm against Zazai and Karachi Kings lost against Peshawar Zalmi which eliminates them from the series.

Multan vs Zalmi: A finale no one wants to miss