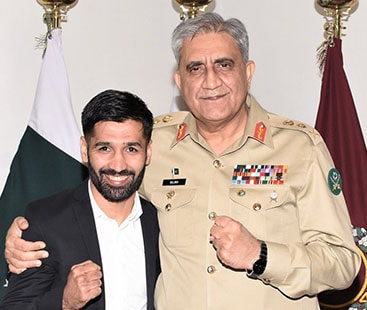 Earlier in September, star boxer Muhammad Waseem had returned to winning in spectacular style by knocking out his Filipino opponent Conrado within 82 seconds of the opening round of a match.

COAS congratulated him for his victory over Conrado Tanamor. He assured the boxer of full support for his boxing engagements.

The Chief of Army Staff said talent like Muhammad Waseem is our pride and affirmed to support youngsters like him possessing potential and positive energy.