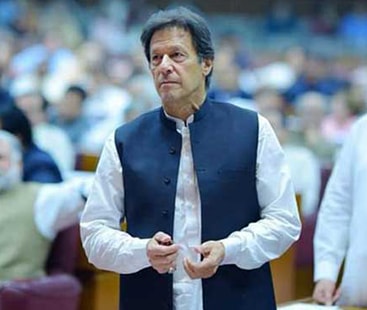 Prime Minister Imran Khan warned the citizens against any emotional attempt to cross the line of control (LOC). He said any such acts will increase the struggles of people in Occupied Kashmir.

Talking to the media after inaugurating the Integrated Transit Trade Management System at Torkham on the Pakistan-Afghanistan border, Khan said that he’ll raise the Kashmir issue at every International platform and will expose India.

The “Jihad in Kashmir” can result in extreme enmity toward Kashmiri. “Anyone, who thinks that he will cross the border to join the Kashmiris [fighting for their right], is a big enemy of them and Pakistan” he said.

According to him, Indians are waiting for an excuse to crack down into the region. “They need an excuse, If someone from Pakistan goes to India to fight It will provide them an excuse for torture and barbarism,” he told a Peshawar-based journalist here.

“Don’t give India an excuse to cover its human right violations in Kashmir. This can make life more difficult for the Kashmiris, who are already suffering at the hands of 900,000 violent and oppressive Indian troops,” he said. He further added the government would not allow anyone from Pakistan to cross the LoC.