Home  »  Technology   »   Branson and Bezos to aboard space flight 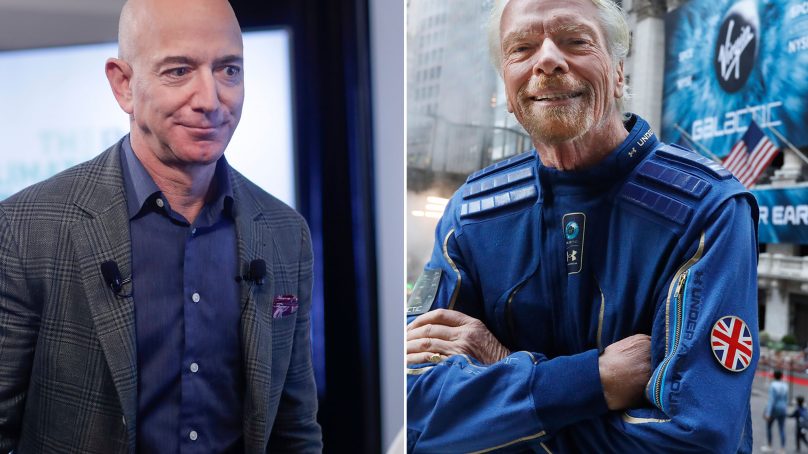 Branson and Bezos to aboard space flight

The two billionaire founders, Richard Branson and Jeff Bezos are all set to start their space trip. Branson launched Virgin Galactic and Bezos launched Blue Origin early 2000s. Both of them are ready to board their space flight just a few days apart. This will be a massive milestone in the space tourism industry.

Richard Branson, 70, is the head of Virgin Group founded Virgin Galactic in 2004. And Jef Bezos, 57, is the richest man in the world and CEO of Amazon founded Blue Origin in 2000. Both billionaires are ready for the space project to pave the way for their clients to be able to appreciate the Earth with their eyes.

Multan to be the host of first Amazon Centre after Eid