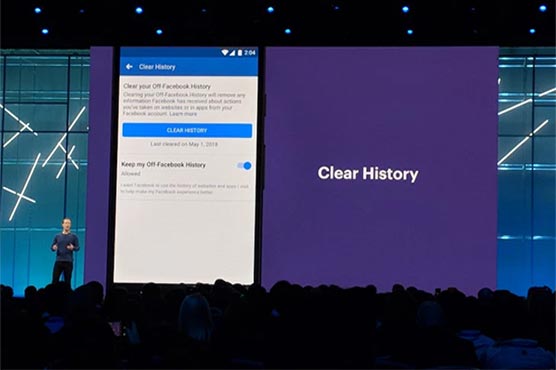 Facebook ready to roll out its ‘clear history’ feature this year

Facebook’s feature allowing users to erase all their data is set to be released this year, many months after it was announced by the leading social network.

David Wehner, Facebook’s chief financial officer, said in comments Tuesday at a Morgan Stanley technology conference that the company is planning to roll out the feature that was announced last May amid heightened scrutiny over Facebook’s privacy.

Wehner offered no specific date but said the “clear history” feature would be available “later this year,” while noting that it would affect the social network’s efforts in targeted advertising if users do clear their data.

“It’s going to give us, I think, some headwinds in terms of being able to target as effectively as before,” he said.

“But that being said, I think we’ve been able to navigate this relatively well so far … I’d say the landscape is certainly changing and the direction that makes it more challenging to grow and gives a little bit less visibility into how it will actually play out.”

Facebook first announced this feature at its F8 conference in May 2018. At the time, CEO Mark Zuckerberg said the feature would “be a simple control to clear your browsing history on Facebook — what you’ve clicked on, websites you’ve visited, and so on.”

Clear history was proposed by Zuckerberg to his team just before a rehearsal for the company’s 2018 conference in reaction to the company’s Cambridge Analytica scandal last March, according to a BuzzFeed report on Friday. The product was announced to the world when it just an idea, the report said.

Tecno mobile has a new official distribution partner; the Yellostone