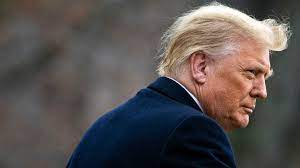 Facebook Inc has suspended the account of former US President Donald Trump till at least January 2023. The franchise has also announced how it will treat the leaders in the future. Facebook mentioned that Trump’s account will at least be suspended for two years and will be lifted only if it poses no harm to the public. This incident infuriated the former president of the USA and he has labeled his account’s suspense an insult to his devotees who voted for him.

The head of Facebook’s global affairs said that there was a severe violation of the rules by Trump which earned him the highest penalty according to the law and order.