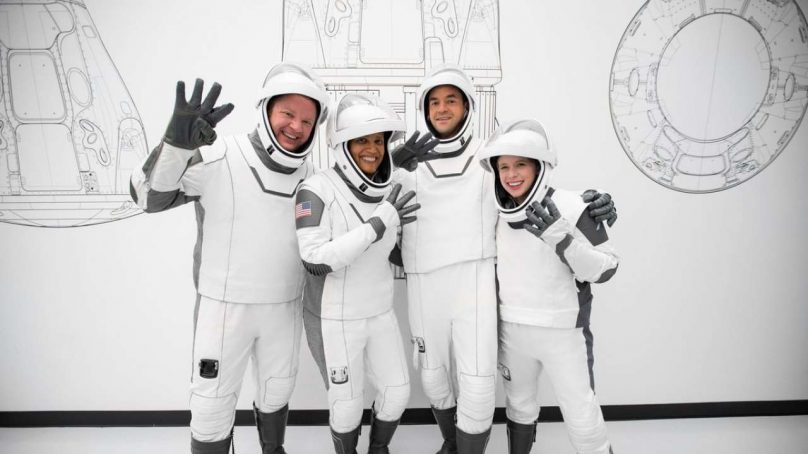 A new era in space tourism!

SpaceX Falcon 9 blasted off to its first mission to orbit carrying an all-civilian crew. This flight marks the debut of SpaceX to the new orbital tourism for which the owner Elon Musk was super-thrilled about. The spacecraft took off from Florida carrying the billionaire e-commerce executive Jared Isaacman and his crew including Chris Sembroski, Sian Proctor, Hayley Arceneaux, and more. The rocket pulled away from Earth at 8:02 pm (0002 GMT Thursday).

All of the crew members were accommodated in the cabin of the SpaceX Crew Dragon capsule with black and white helmets on. The Dragon capsule took 12 minutes to get separated from the rocket as the crew entered orbit.

According to the 38-year-old billionaire, Jared Isaacman, a few have gone before and many are about to follow. The trajectory of the spaceship will go up to the altitude of 357 miles.

The founder of SpaceX hasn’t revealed the cost of the trip for Isaacman but the price range is millions of dollars. According to the reports, the ticket of the crew was $200m.

The spacecraft will be spending three days spinning around the planet, after that the four-person crew will be back to the Florida coast.

What do you think about this development?