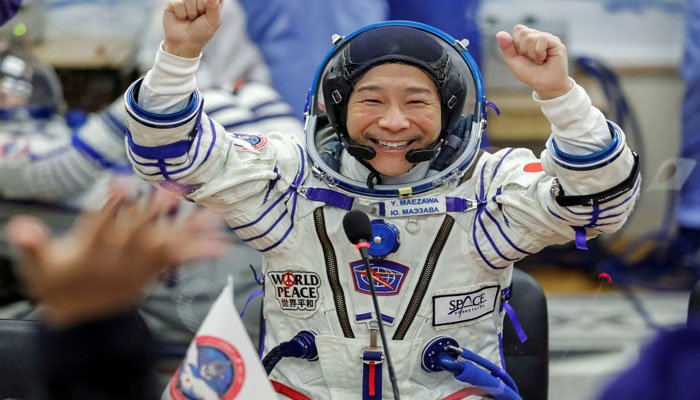 A Japanese billionaire and fashion tycoon, Yusaku Maezawa, is set to return to Earth after his 12-day space tour on the International Space Station. His assistant, Yozo Hirano accompanied him and parachuted onto Kazakhstan with an expected time of 03.13 GMT on Monday along with the Russian cosmonaut Alexander Misurkin. Maezawa documented usual tasks such as brushing teeth and going to the toilet and posted on his popular YouTube channel. The journey is marked as the return of space tourism in Russia after a decade-long gap.

Footage from the landing site circulated where the trio was seen smiling in the evacuation vehicles in freezing and foggy conditions. Russia’s space agency Roscosmos tweeted “The crew is feeling good”. Moreover, Maezawa posted a picture of himself enjoying instant noodles with the caption indicating that he was on Earth now. Maezawa who has 1 million followers on YouTube, the fashion tycoon explained to his viewers how to brush teeth and in the detailed video, he showed his followers how to drink tea and sleep in zero gravity space.