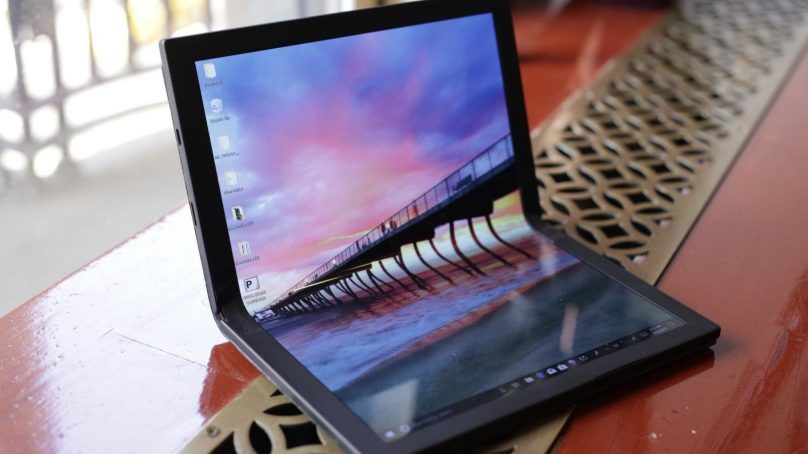 Lenovo, the brand which is known as the world’s largest shipper of PCs, will launch the world’s first fold-able laptop in 2020.

The company gave people an early glimpse at its upcoming fold-able display laptop during the Lenovo Accelerate conference earlier this week, sources wrote.

The product is yet to be named and it will be a part of Lenovo’s ThinkPad X1 line of laptops. The company says it envisions this as a clear laptop replacement, not a supplemental device.

The fold-able PC has a 13.3-inch diagonal display, with a 4 by 3 aspect ratio, when it’s in full-screen mode. When it’s folded, it turns into a 9.6-inch display.

“This is not a phone, tablet, or familiar hybrid,” the company wrote in a press release announcing the device. “This is a full-fledged laptop with a foldable screen.”

The company says it plans to begin selling the foldable laptop in 2020 — adding to the mounting evidence that fold-able screens are going to be a staple of future tech.

Get your hands on the new Infinix Smart 3 Plus! Pre-Order on Daraz