The petition to stop Jeff Bezos from returning to Earth receives over 45,000 signatures - Rava.pk
Recent View all
Business
Read more

Home  »  Technology   »   The petition to stop Jeff Bezos from returning to Earth receives over 45,000 signatures 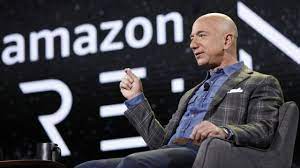 The petition to stop Jeff Bezos from returning to Earth receives over 45,000 signatures

More than 45,000 people have signed the petition to prevent Jeff Bezos, the billionaire and founder of Amazon, to return from space. Bezos announced that he will be flying to space with his brother Mark on the first-ever crewed space flight from Blue Origin, Bezos’s rocket company.

As people received the news, the announcement of the petition broke out with the titles “Petition to Not Allow Jeff Bezos Re-Entry To Earth” and “Do not allow Jeff Bezos to return to Earth”. More than 45,000 people have by now signed the petition.

One of the signatories gave the reason the world does not need billions of dollars for one person while the rest of the people suffer from stress, work full-time, and still unable to pay for the basic necessities.