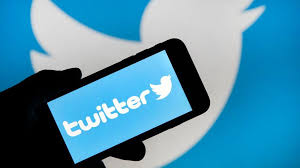 Twitter has revised its set of rules where the users who share private images of other people without their permission will be blocked. This development took place just after the day its CEO was changed. With respect to the new rules, now non-public figures can ask the platform to take down their pictures or videos that are posted without their consent. However, the microblogging site has clearly stated that this rule does not apply to public figures when their images are posted for the public interest.

Twitter has already banned the publication of private information such as contact numbers and addresses due to the growing concern of harassment as some people use such content to intimidate and reveal the identity of individuals.