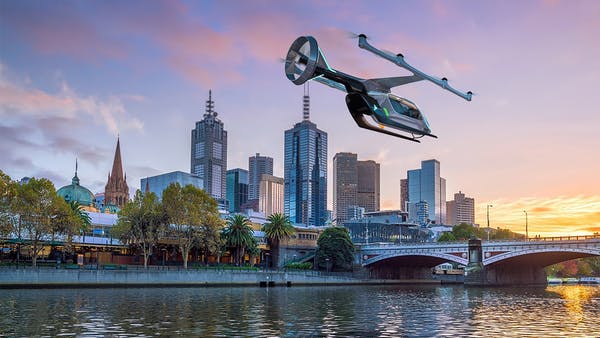 Uber Air has announced Melbourne as a trial site for its new ‘flying car’ taxi service that is expected to fly people around cities by 2023.

According to sources, passengers will travel in “electric vertical take-off” contraptions.

The service will operate using the Uber app, allowing passengers to travel across a network of landing pads called “Skyports”.

Uber spokesman Eric Allison said the concept had the potential to reduce traffic congestion which costs the Australian economy an estimated $16.5bn a year.

Centre for Urban Research expert Chris De Gruyter was sceptical about whether Uber Air can can solve transport problems.

“These vehicles are very low capacity – similar to what a car could carry – while there are also questions about if these vehicles will create visual clutter in the sky and how environmentally friendly they are,” he said.

“Another risk is empty running, where there are no passengers, but the vehicle has to travel to pick people up from another location.”

Huawei postpones laptop launch because of US ban