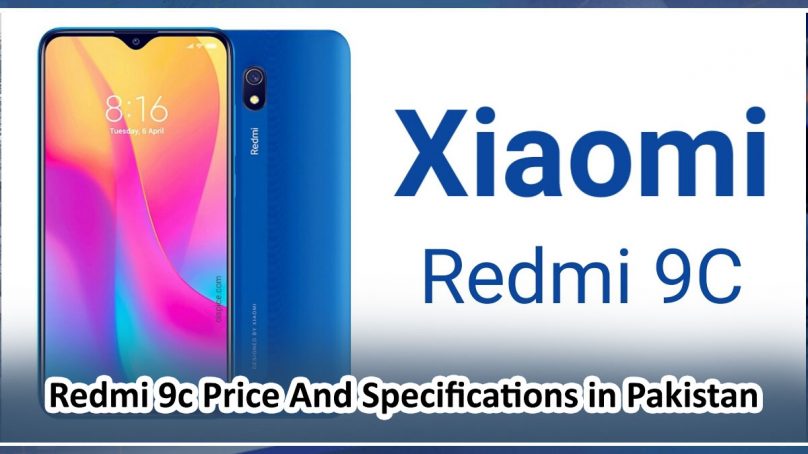 Xiaomi launched the Redmi 9C in the middle of 2021 In Pakistan, a phone with reasonably good features for less than 25,000 rupees that didn’t stand out too much among its equally-priced competitors at the time. We wanted to take another look at the device after the mobile manufacturer announced a new edition with additional capacity at the end of 2021.

Although the Redmi 9C is still a huge smartphone, its weight of fewer than 200 grams is reasonable. The housing is composed of plain plastic with only a small textured pattern of curving lines to add interest. Bright orange, blue, and a delicate dark grey are among the colors available.

The 2021 model now comes with 128 GB of internal storage and 4 GB of RAM, making it more capable than many similarly priced phones. Previously, the Redmi 9C was only available in 64 GB/3 GB or 32 GB/2 GB configurations. The price difference between the storage choices is fairly significant, particularly for a phone under 25,000 Rupees, because prices for earlier models have already fallen. The entry-level 32 GB model costs around 15,000  rupees in Pakistani markets, while the new Redmi 9C with 128 GB storage costs around 24000.

The model with the most capacity also comes with a dedicated SD reader that boasts class-leading speeds. However, there is no NFC, and some purchasers may be put off by the obsolete micro USB connector.

The phone is a cheap smartphone from one of China’s most popular smartphone manufacturers. The AI triple rear camera configuration smartphone comes with best-in-class features such a large display, a long-lasting battery, and a strong processor. With a street price of 190 Euros, the Redmi 9C with 128 GB storage competes with Motorola’s Moto G31 and Xiaomi’s own Redmi Note 8 2021 in terms of pricing, but it falls behind in terms of internet speeds. Both comparative gadgets have Wi-Fi 5 and can thus access the internet much more quickly. The phone achieves normal data rates of roughly 50 Mbps for a Wi-Fi 4 smartphone.

Because MIUI 12 is based on Android 10, no more feature updates are expected. At the very least, the security fixes come from December 2021, so they were current at the time of testing.

On the rear, there’s an actual fingerprint sensor that unlocks the phone after a perceptible wait. In our testing, fingerprint identification was reasonably accurate and worked in 9 out of 10 cases. The touchscreen is simple to operate and provides good finger gliding qualities.

The new storage option gives the Xiaomi Redmi 9C a more modern appearance. The increase in RAM to 4 GB is especially beneficial in this case: it stops you from simply being unable to run more complex apps due to a lack of working memory. Also, for a smartphone under 200 Euros, 128 GB of mass storage is a fantastic feature.

The newer phone, on the other hand, just demonstrates that its other components were already 18 months old when it was released. In terms of performance, the processor can’t compete with similarly priced phones, and Wi-Fi 4 is becoming increasingly rare in handsets under 200 Euros ($200). The Redmi 9C lacks NFC, and there are clearly higher-resolution screens at this price bracket.