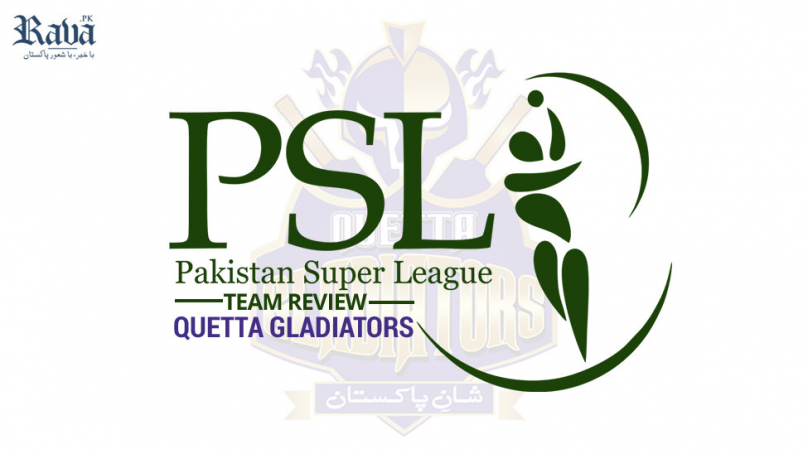 Quetta Gladiators are a Twenty20 franchise cricket team playing in the popular Pakistan Super League. The team is based on Quetta, which is a provenience of Baluchistan. Established in 2015, this team has Bugti Stadium in Quetta as their home ground. Quetta Gladiators are among the PSL’s most consistent team.

Quetta Gladiators feature some of the best players in PSL history. Shane Watson, Ahmed Shehzad and Umar Akmal are among the tournament’s three leading batsmen, while Sarfaraz has been its most successful captain. Quetta gladiators’ coach is Moin Khan, while Viv Richards is the coach for batting and squad mentoring. Azam Khan is the team’s manager, and Abdul Razzaq is the assistant coach.

This is how the PSL 5 Quetta Gladiator Team looks like:

In 2019, chasing was the primary strength of Quetta Gladiators, as they steamrolled past the opposition seven out of nine times while batting second.

Watson has been the driving force of last season’s Quetta Gladiators, blasting 430 runs to the top of the season charts. Having already established his position at the top of the order, Watson could spell doom for bowling attacks across the tournament through a possible partnership with Roy.

This year’s line-up of Quetta Gladiators received a big boost when they snapped up England’s Jason Roy – a South African-born bruiser and a key part of last year’s winning side of the World Cup.

Some of the Gladiators’ other international picks included Rilee Rossouw. Also, Fawad Ahmed and Ahsan Ali came up as an outstanding addition to the top order and they were among the season’s new picks along with Mohammad Hasnain who also found a way to make it to the national side of Pakistan after the tournament.

Mohammad Nawaz, the most successful spinner in PSL history is the slow left-armer. Having been included in the squad in 2016 with a remarkable 4-13 debut, Nawaz has established himself as a key member of the Gladiators’ bowling attack since. His 13 wickets were crucial for Quetta Gladiators to win their maiden title at 26.92 in 2019.

What’s more, two new bowlers—Fawad Ahmed and Mohammad Asghar—have also been included in the squad. PSL 4 season was enjoyable for Quetta Gladiators as they ranked first in the final match at Karachi Stadium by beating Peshawar Zalmi. Let’s all see how they fare in PSL 5!