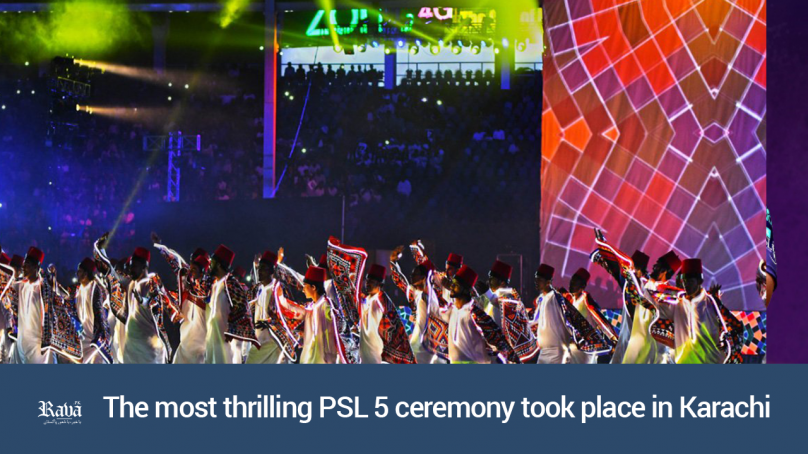 It was a star-studded evening that lit the Karachi National Stadium. The celebrations took place in full swing welcoming the entirety of event in the country.

The ceremony begun with the announcement of all six teams on a wide screen specially designed for the occasion before the fans were addressed by Pakistan Cricket Board chairman Ehsan Mani and Sindh Chief Minister Murad Ali Shah.

Ever green singer and heart throb Sajjad Ali raised the audience with his 90s hits Babia and Sohni Lagdi before her hit song Dhola was sung by Aima Baig, one of Pakistan’s emerging young artists.

The lively Abrar-ul-Haq with a touch of Bhangra added more spice to the scene, the genre he has always been identified with. On an auto rickshaw decorated with colorful lights, Abrar completed a full round of the stadium and boosted the fans.

When Junoon’s Ali Azmat and folk singer Arif Lohar performed the PSL V official anthem ‘ Tayyar Hain ‘ together with performers beating the drums in synchronization, the sky was lit up with multiple colours.

At the end of the ceremony the fireworks and the light show seem to be the most exciting moment of the night ahead of the opening match between reigning champions Quetta Gladiators and two-time winners Islamabad United.

An oath taking ceremony was also carried by Fakhar e Alam along with the captains and owners of the participating teams.